Products grown by robots are still more expensive than traditional ones 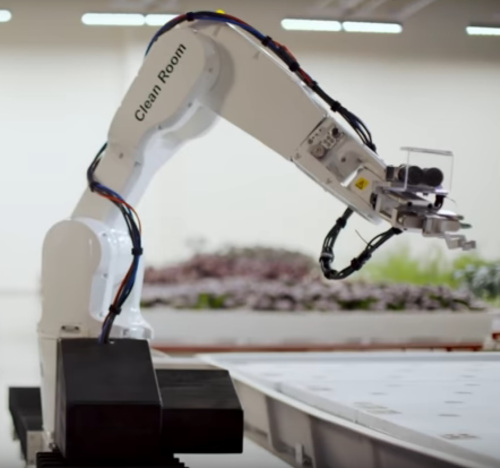 The startup company Iron Ox (Iron Bull) initially held a number of ambitious targets. Its developers planned to supply the market with inexpensive and quality products that are grown without human intervention. So far, these plans have partially managed to implement the last two points. Lettuce grown by robots in sterile conditions is priced at the premium segment.

As the project developed, engineers had to solve many problems at once. For example, it is not economically feasible to grow any plant exclusively with LED light. Therefore, the farm uses the now traditional scheme with a combination of solar and artificial lighting.

The farm is an example of cooperation between robots and humans

On an area of ​​approximately 800m², lettuce and other greens are grown in hydroponic vats. If you thought that the robots in this case should resemble human-like machines from the cinema, then you were far from the truth. All mechanization and automation on this farm consists of a series of compromises and slow evolution.

We must immediately add that it is impossible to name a completely autonomous this process. People look after the process of plant growth, take part in the management of the «hand», carry out maintenance of all robots and mechanisms on this «half-automated» farm. In addition, if robots can transplant plants, then people are also engaged in their packaging today - it is still too difficult for machines.

The choice of hydroponics is explained simply - it was an attempt to reduce costs and simplify technological operations when growing lettuce plants. This approach reduces water consumption and eliminates the need to perform various actions with the soil. At the same time, the company engineers faced a problem with water purification for its reuse.

Robot Angus and the nameless hand are controlled by the «Brain» 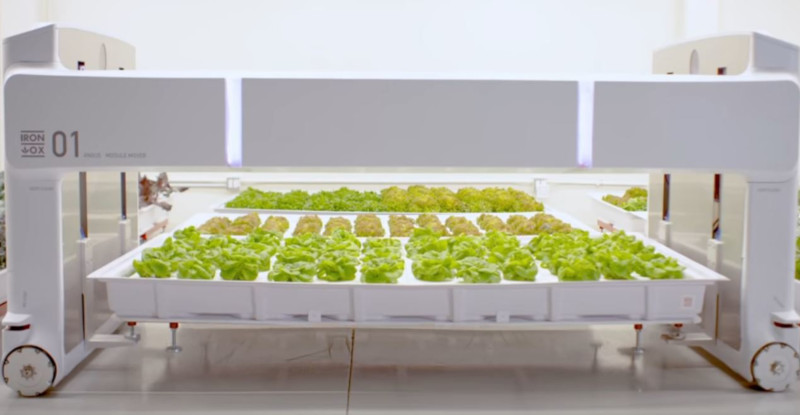 Actually, there are two robots on this farm - a robot with the name Angus and a nameless arm-manipulator. Angus is used to move pallets with plants according to a specific algorithm. The unnamed robot arm is equipped with cameras and is engaged in sorting and transplanting plants as they grow. The control of the robots is carried out by a computer program, which is simply called «Brain». Its tasks also include the analysis of the status of seedlings in each pallet, the gas composition in the rooms and other factors.

As the project develops, it is necessary to solve one after another tasks that are not always visible at the design stage. For example, while moving, the Angus robot must accelerate and slow down with a certain coefficient, otherwise the water from the pallets will be poured. There are restrictions and when cornering while driving on the hangar.

In any case, Iron Ox cannot compete with traditional farms for the price of today. The thought of man has never stood still, and the hand is one of the most perfect tools. Therefore, a conventional farm in the open air consuming more liquid eventually produces cheaper products. But the salads grown by robots are a wonder on the market of agricultural products and can be sold as a premium product, which will pay back all costs of their cultivation.