Sensors for assessing the NDVI index

To accelerate the pace of processing and improve the quality of work carried out, you need to be able to quickly assess the condition of the plants on the field. What are the following contactless sensors for today:

Separately, you can select a system that operates according to the mechanical principle - Crop Meter. Ultrasound is often used to determine the height of the sprayer boom relative to the ground.

Laser sensors that measure the dose of nitrogen

To choose the correct dose of nitrogen in the second and third application, it is important to understand the health of the green mass of plants. For what today it is possible to study such characteristics as reflection of visible light, laser radiation and resistance of grass stands to bending. 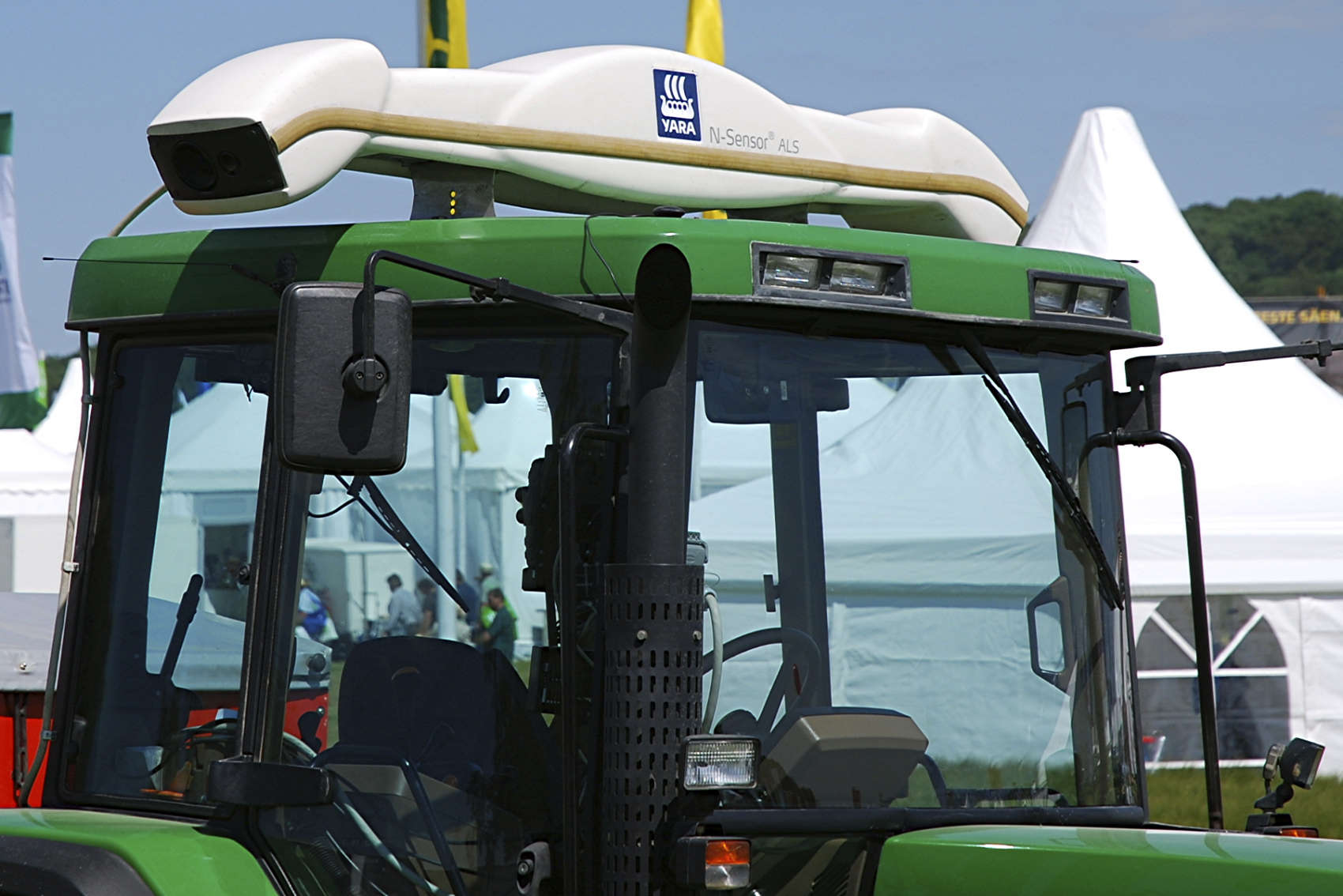 The first two methods are based on the fact that crops that are sufficiently nitrogen-rich are more saturated with chlorophyll and this changes the spectrum of the reflected color. As an example, the YARA N system can be called. It consists of two sensors mounted on the tractor roof on the sides. Each of them captures about 25-35 m², on its part. The system operates pulsed - 1 time per second. The accuracy of the system depends on the density of green mass. The more visible through the grass surface of the soil, the greater the error should be expected. It is recommended to use the YARA N system since the completion of the tillering phase.

The accuracy of assessing the state of green mass can be affected by plant diseases that change the color of the leaves and water drops after rain, dew.

The more precisely the dose of fertilizer is chosen, the higher the resistance of the sheet to bending. Pendulum suspension is used for its measurement. It can be placed on the front of the tractor in order to adjust the fertilizer dose on the same field on the go. The quality of plant biomass is measured by the angle of deflection of the pendulum in contact with the plants while the tractor is moving across the field.

When combined with such a sensor the Agrocom Cebis Mobile computer with an integrated GPS receiver, create a cartogram of the nitrogen content and applicated dose on the processed field.

For a full understanding of the state of the field you need to have not only a cartogram of the fertilize application, but also the cartogram of the yield. Analyzing the yield of the field for several years, you can see the problem areas that exist from year to year. After an agrochemical analysis of the soil in this areas, it will be possible to determine which microelements are missing and take action.

Yield cartograms can be made with appropriately equipped combines. In addition to the GPS sensor, they must be equipped with sensors that determine the amount of grain, its humidity, width of capture and others. 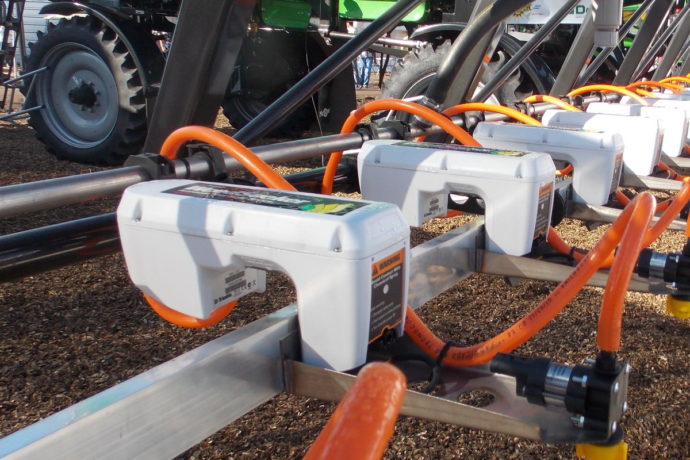 The red color is actively absorbed by chlorophyll. Infrared - reflected. Dead parts of plants and soil shows the same increase in reflectivity over the entire spectrum. Based on the analysis of this phenomenon, various optical sensors have been created. In Australia, the Detectspray system is used to apply non-selective herbicides on the fallow land. Its further evolution led to the emergence of the Weed-Seeker system in the USA, equipped with a light source. It consists of individual sensors, each of which checks the NDVI-index in its individual ground scan band and immediately corrects the rate of pouring behind it.

In Germany, the SBB system works in a similar way - a weed will be detected, even if it occupies an area of ​​1cm², after which a correction signal is given to the outflow system. Depending on the control device, it is possible to turn off/on the outflow on a separate section or spray-nozzle.

The opposite method to the Fertilization maps, is the correction of the outflow rate in real time - based on the state of green mass of plants. To do this, we need systems that evaluate the NDVI-index of plants using optical, laser or mechanical sensors.