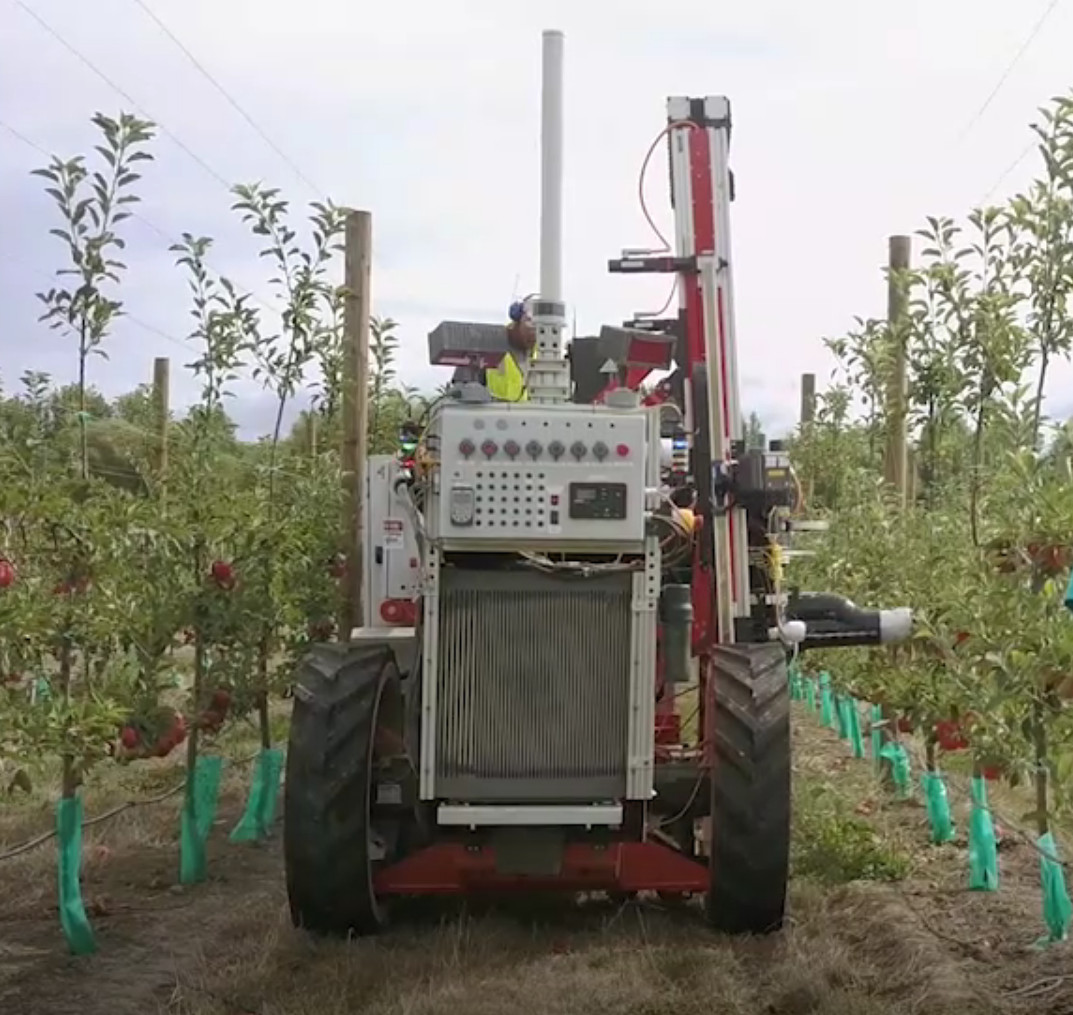 In New Zealand, began commercial testing of the robot apple-harvester. At the time of the ripening of apples, producers are experiencing a shortage of workers. Search for temporary employees is always a problem, so the appearance of a robot from the company Abundant Robotics was perceived with enthusiasm.

Manufacturers do not even hide that this robot assembler cannot fully replace a human. Still not solved the problem of finding all the apples on the branches and collecting in hard to reach places.

For the detection of mature fruit is used lidar that can identify a ripe apple at any time of the day, which allows you to work at night as efficiently as you do during the day. After that, a vacuum unit tears the fruit from the branch. 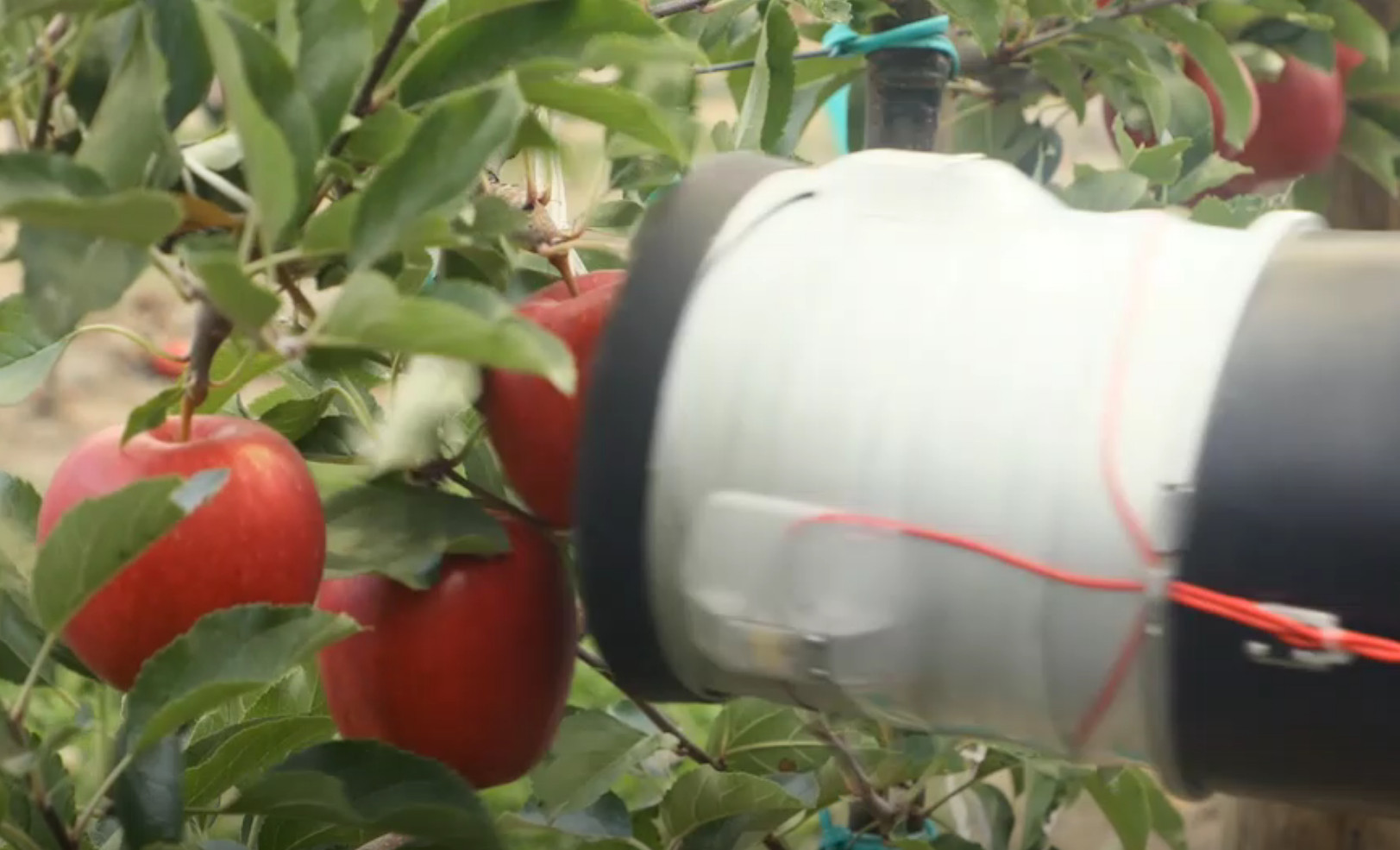 The robot apple-harvester, has a minimal effect on them, the damage is completely comparable to those for fruits collected by human hands. The pace of work is also comparable, but the robot can operate around the clock.

Thus, it is impossible to say that robotization will deprive apple picker jobs. On the contrary, after the passage of such a machine, they will have to pick apples in the most inconvenient places, completing work after the robot. At the current stage, the apple picker robot can be compared with a newcomer, who helps more experienced employees to harvest, but can work around the clock.

By unloading people from part of the labor in this way, the development of Abundant Robotics is able to solve partially the problem of labor shortage. 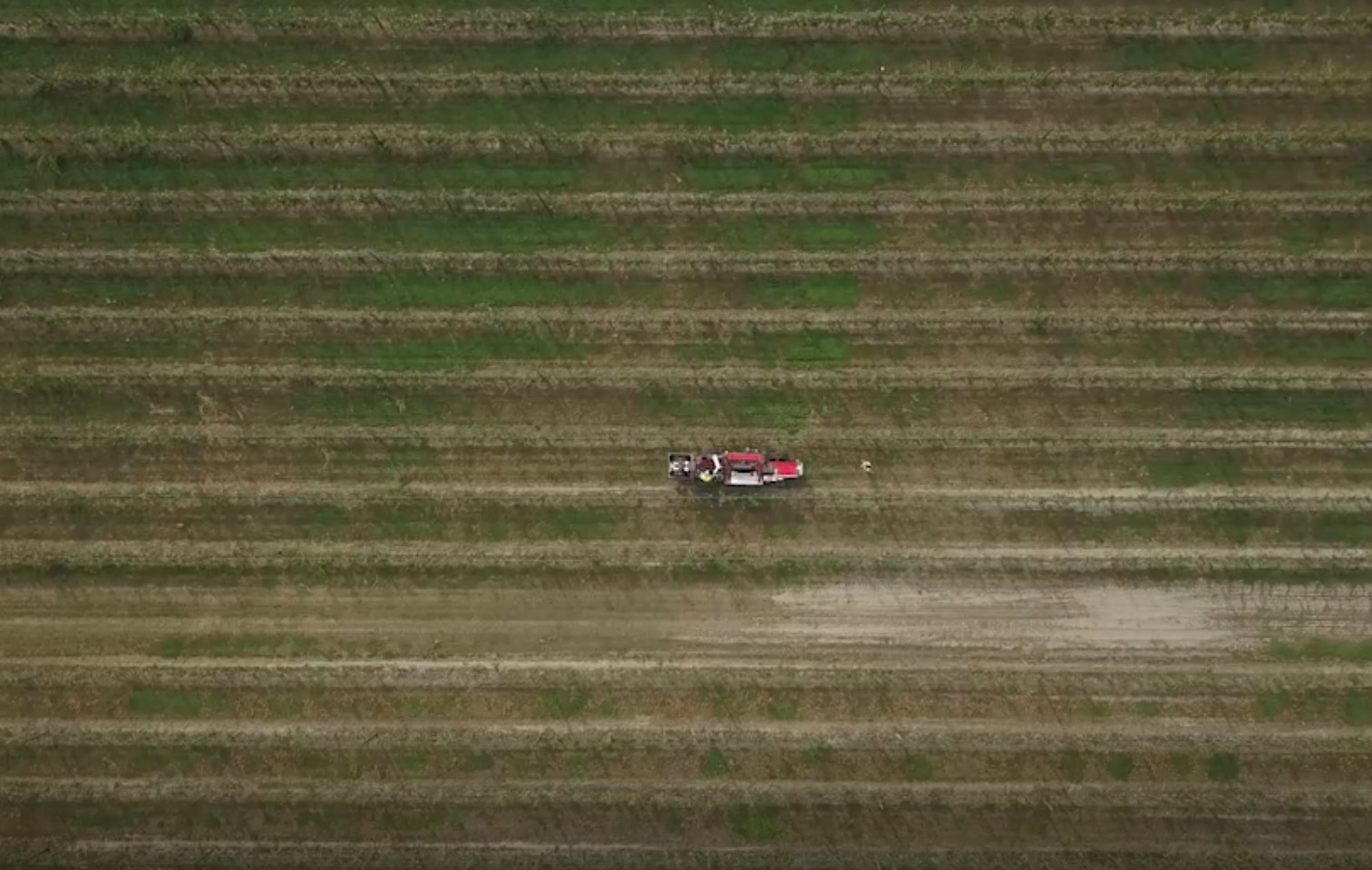