The event, happend in the Shropshire County should make happy everyone who are interesed in the automation of agricultural operations. Local IT employees demonstrated the first harvest, obtained solely as a result of the work of robots.

Scientists have received a state funding source, but an indispensable condition for the experiment of the «Hands-Free Hectare» there was a complete absence of people directly on it during the entire processing period.

Thanks to this and the enthusiasm of the participants, it was possible to delegate all the actions connected with the processing of land to the robots. Planting seeds, caring for the land, monitoring and the harvesting process were done without the use of manual labor. The role of man was limited solely to care about the robots. 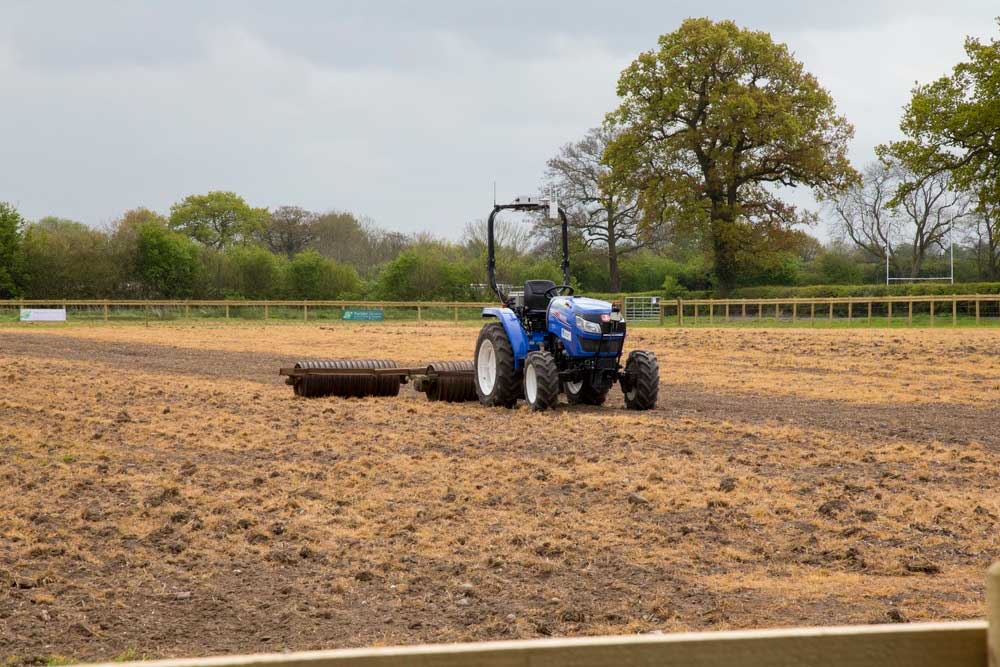 To perform these operations, the following devices were required:

Heavy technic is powerful, high-performance, but it hurts the soil

One of the important problems of modern agriculture is the considerable weight of the applied technics, which leads to excessive compaction of the soil during its processing. This is understandable – heavy tractor with a powerful engine is good for large areas of agricultural land.

A light robot tractor is not as productive as heavy one, but can work around the clock

One of the goals of the "Hands-Free Hectare" experiment  was an attempt to perform all operations with land with low-weight technics. Compensate for some loss of productivity in comparison with heavy technic should automation of the process. A robot seeder or a robotic sprayer should work without binding to the time of day and breaks.

The first pancake is lumpy…

This project was economically unprofitable – the head stated that it was "the most expensive hectare" with barley. But the way of the pioneers is always complicated and the value of this event rather in assessing the possibility as such. For example, it turned out that a visual assessment solely with the help of photo-video fixing by a drone is less convenient than a traditional field survey on the spot. It took some correction of the method.

Turned out, that managing of the unmanned technics remotely more complex than seemed before this experiment

Using a tractor with a low weight also caused problems – weight reduction is achieved by installing only the equipment that is used exactly for this land-processing operation. To re-equip this tractor from seeding to spraying it took scientists longer time than was expected.

Another problem was the control of the robot tractor during all operations. Even the installation of several cameras and a GPS sensor on it did not allow the field to be processed evenly – the tracks of the crop grow turned out to be crooked. Similar difficulties arose with the introduction of fertilizers.

Robots will not displace people from all spheres of production, but will make us become more educated

The experiment showed that robotics will not deprive people of work. If the main actions associated with the processing of land will be carried out by robots, then still someone will have to repair, re-equip them and monitor the quality of work. And the further into the future, the more high-tech will be such a branch as agriculture, the higher will be the requirements for the training of its specialists.